600 UKs presence at MACH 2016 extends to 3 individual stands, comprising Colchester and Harrison manual and CNC lathes on Stand 5658 in Hall 5; Pratt Burnerd International workholding and chucking systems on Stand 4501 in Hall 4 and 600 UKs benchmark education lathes on Stand 4776 in the Hall 4 Learning and Development Zone, where they are exhibited together with the highly successful, US based, Clausing range of metal cutting machine tools which are being exhibited for the first time in Europe. 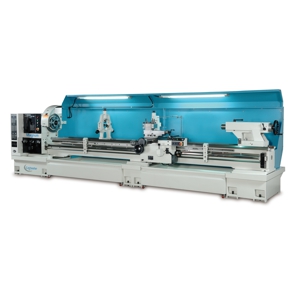 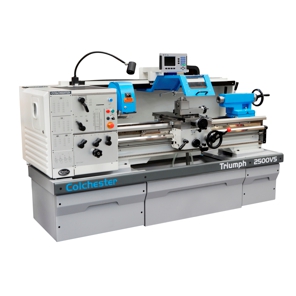 The new ultra-heavyweight Colchester Magnum centre lathe, available with 660 and 800mm swing over bed options, centre distances up to 4000mm and with spindle bore options up to 230mm. Colchester Magnum lathes have been designed to ensure that they are totally at ease with any heavy metal turning requirement and are capable of fast, heavy metal removal, allied to fine precision finishing.

Another new product to grace the MACH show will be the Harrison Alpha XC combination CNC lathe, which incorporates driven tooling and full c-axis interpolation to their high specification, simple to use, flat-bed CNC Alpha lathe range. This enables operators to carry out secondary operations on one-off and small batch components including milling, drilling and tapping at the machine.

Pratt Burnerd International customers will see a full range of manual and power chucking solutions, demonstrating amongst others, large special manual chucks and the increasingly successful Gripfast combination power chuck. The Gripfast can be easily retrofitted to existing production CNC machines of whatever manufacture, ensuring operator downtime between jobs is minimised and productivity maximised.

A new addition for Pratt Burnerd International, is the new Gripsafe chuck force measurement gripmeter, which offers the most reliable way to accurately measure and permanently record gripping forces being applied by a chuck under both static and dynamic conditions, which for all CNC turning jobshops, is a critical health and safety concern.

Following their hugely successful education presence at MACH 2014, 600 UK will display lathes from Colchester and Harrison that are ideally suited for the education and training sectors. The world’s best selling training centre lathe, the Colchester Student, will be exhibited alongside the brand new Harrison EziTurn electronic lathe. The EziTurn has been developed to bridge the huge step up in skill levels required between manual and CNC turning, when preparing engineering apprentices for working in industrial workshop environments.

To complete the impressive range of new products from 600 UK, the highly successful US based Clausing Precision Machine Tools brand will make their European debut. Clausing will be exhibiting workshop equipment from its extensive catalogue of milling, drilling, sawing, grinding and large swing turning machines.

This, new to Europe, range of machine tools has already enjoyed huge success in North America where they are the market leader, the Middle East and Australasia. The addition of the Clausing brand of non-turning machines reinforces 600 UK’s ‘one stop shop’ philosophy.

The addition of the extensive Clausing range of industrial class metal cutting machines allows 600 UK to satisfy the ever increasing turnkey requirements demanded by colleges, UTC’s, universities and industry for the highest quality machine tools.

Howard Bamforth, 600 UK Sales Director says “Our plans are shaping up nicely for MACH 2016, with a mix of great new products from all our brands, alongside some well known, established favourites. We truly believe that as designers and manufacturers of some of the best industrial and educational engineering products in the world, our MACH line-up ranks as one of the most innovative and exciting we’ve ever produced”.